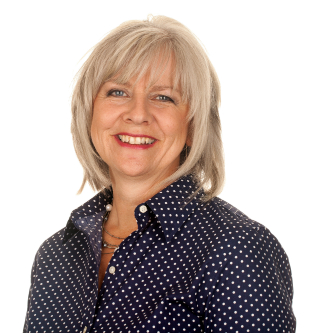 May 23, 2018 (Abbotsford, BC) – At an AbbotsfordFIRST event last night Councillor Brenda Falk confirmed she will be seeking re-election in the upcoming 2018 municipal election.

Councillor Falk was first elected to Abbotsford City council in 2014. She is the long-time owner of Tanglebank Gardens, a boutique style nursery situated in West Abbotsford that she and her husband Arnold operate together. In 2012 she launched Brambles Bistro, a popular café attached to the garden centre. Brambles builds its menu around seasonal produce from local farmers.

“It’s been an honour to serve Abbotsford as one of your city councillors these past four years”, said Falk. “I am very pleased with the progress our city has made this term and I hope to build upon our successes.”

Councillor Falk’s candidacy was announced by AbbotsfordFIRST president Markus Delves to a gathering of 40 of Brenda’s friends and family at Brambles Bistro. “I am pleased to announce that Brenda will be seeking a second term in office” said Delves. “She is a leader in our community with a passion for service; and she has been a valuable contributor to the great work the City of Abbotsford has accomplished this term.”

Falk has always been active in the community, especially in the areas of business and agriculture. She is a champion of Abbotsford’s involvement in the Communities in Bloom Competition and is the co-creator of the Circle Farm Tour, a self-guided tour that allows visitors to see the best of Abbotsford’s agriculture community. She spent many years as a mentor and leader in women’s ministry in her church and is a recipient of the Paul Harris Fellowship Award.

Councillors Sandy Blue, Kelly Chahal and Ross Siemens along with city council candidate Dave Sidhu were in attendance. About AbbotsfordFIRST: AbbotsfordFIRST is an elector organization that nominates a slate of candidates who represent the AbbotsfordFIRST values of Leadership, Accountability and Respect. AbbotsfordFIRST councillors vote independently and without influence from the party.