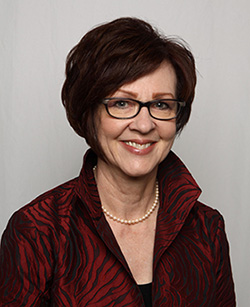 July 16, 2018 (Abbotsford, BC) – AbbotsfordFIRST announced Councillor Sandy Blue will be seeking reelection in the 2018 municipal election at a party event last week.

“I’m excited to announce I will be seeking a second term in office”, said Blue. “We have accomplished so much in the past four years including adopting a new governance model and strategic plan. And we have engaged with our community to build a new Official Community Plan that will take our city to 200,000 residents. I am proud of this work and look forward to continue to build upon the strong foundation we have put in place this past term.”

Councillor Blue’s candidacy was announced by AbbotsfordFIRST president Markus Delves to dozens of supporters at Maple Lane Organic Farm and Agriculture Innovation Centre - a perfect backdrop to highlight Sandy’s passion for Innovation - and especially for Innovation in Agriculture. Councillors Brenda Falk and Ross Siemens along with city council candidate Dave Sidhu were in attendance.

“My colleagues and I are thrilled that Sandy will be running for re-election” said Delves. “Sandy is a tireless advocate for the City of Abbotsford. She is out in the community every day helping move our city forward in a positive direction.”

Councillor Blue was first elected to Abbotsford city council in 2014. She is a seasoned leader with a track
record of exceptional performance across an eclectic array of national and international companies,
community organizations and not for profit boards. Known as a savvy business strategist, accomplished
communicator, skilled negotiator and builder of high performance teams, she balances diplomacy and
candor with a straightforward, can-do approach, attention to detail, high energy and practical optimism
to achieve results.